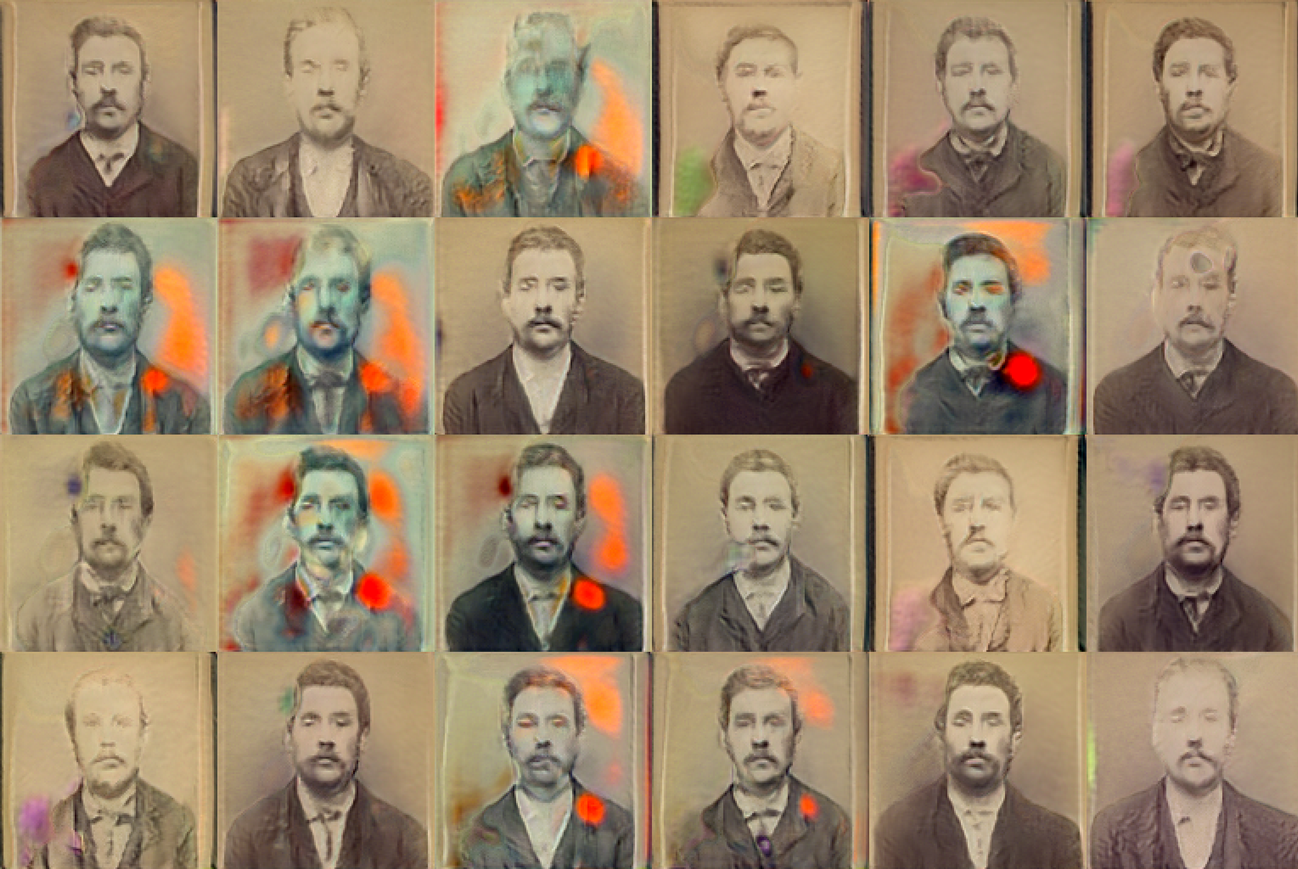 In the 19th century, in the context of the social sciences, eugenics emerged, a discipline that today, as a successor to a certain social Darwinism, we consider scientifically dubious and ideologically reprehensible, but which promoted valuable advances in prediction techniques. Basically, the method consisted of collecting large amounts of data (what we would call datasets today), from which regularities were extracted. Regularity defined what was "normal", which was considered good and correct, as opposed to exceptions, which would correspond to deviations and "monstrosities". It was the era of archives, taxonomies and classifications. If the old cabinet of curiosities or Wunderkammer privileged the surprise of singularity, scientific collections since the Enlightenment would be governed by the anticipation of order, systematization and categories. The work material of eugenics was the anthropometric data sheets and photographies. Francis Galton, Darwin's cousin, was the one who coined the word eugenics. By obtaining from the Home Office a very extensive repertoire of identity portraits taken of detainees in police stations, Galton discovered physiognomic similarities and deduced that they could not be the result of chance but

the evidence of a certain pattern. He then inferred that all criminals are betrayed by elements of their appearance that can be isolated and recognized. The typification of a crime (theft, homicide, rape, pederasty, fraud, etc.), would correspond to a characteristic type of physiognomy, and if this theory were verified, the propensity to crime could be reduced by preventively arresting those citizens that responded to the stereotypes established by Galton. This pretension may make us laugh today, but it accurately expresses the classist, racist and xenophobic nature of Victorian England. The compulsive obsession with collecting data from different social groups (anthropometric, physiognomic, genetic studies, etc.) and crossing their interpretations constitutes the precedent of today's big data. Cesare Lombroso in Italy and Alphonse Bertillon in France would continue the path started by Galton. "Bertillonism" was implemented in the police forces of many countries as a forensic procedure of documentation and prospecting; consisted of fragmenting faces into their essential components (forehead, eyebrows, eyes, noses, lips, ears, cheekbones) to make the so-called "physiognomic atlases". By combining pieces from each category according to a simple rule of the game (respecting the layout of the facial structure), the results would bring us closer to the infinity of possible faces.
In other words: this procedure guaranteed the possibility of recording the graphic identity of all human individuals, the present, the past, but also the most interesting: the future. 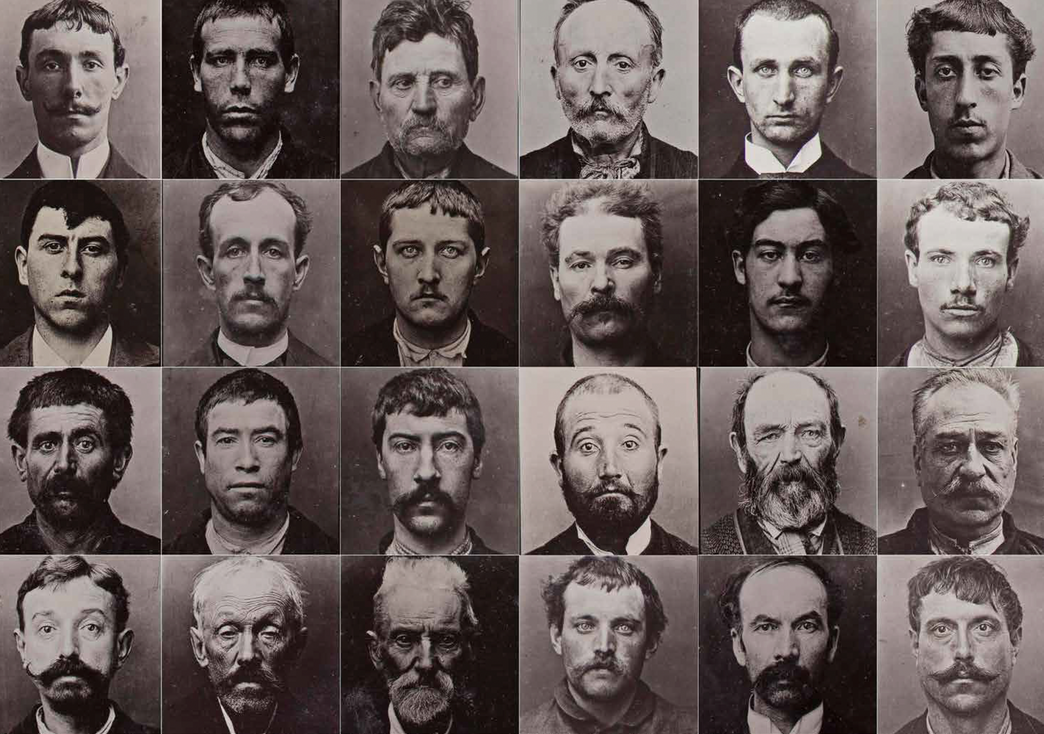 The figure above contains authentic portraits taken from the albums of Alphonse Bertillon. The slider below shows a synthesis of the training sequence of the GAN neural network learning to generate portraits as close as possible to the reference originals (in reality this sequence would be made up of thousands of images with more gradual and less noticeable transitions; what we present here is a "compression" respecting the beginning and the end, with a didactic purpose). The result is a selection of portraits of non-existent people, generated by the GAN once the learning process is complete. These portraits could be perfectly interchangeable with the initials: the GAN has not only generated convincingly photorealistic faces, but has done so by mimicking the graphic patina of the originals as well.

If the singularity, for example a specific face, is random, the sum of all attainable singularities should reveal the emergence of regularities and, consequently, the anticipation of every face that can exist This results in a control of chance. A control applied, in this case, to the area of facial configurations, but to which, by extrapolation, we could symbolically grant validity generic.

As a critical parody of this arrogance, trying to tame chance, we have made the eugenics series, within the Prosopagnosia project. 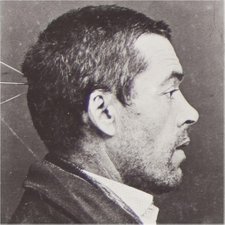 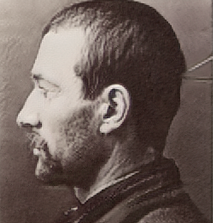